Where Do I Enter a Coupon on TopShop?

Topshop first appeared with its own storefronts in the early 1970s. Quickly gaining traction in a competitive field, brick and mortar retail stores multiplied. By the 2000s expansion had taken it to New York with the larger goal of expanding the brand worldwide. The website accounts for a large portion of sales, with many promotions offered in the form of coupon codes. Finding a code, however, is much different to being able to redeem that code. If you are struggling to find where your Topshop coupon can be entered, follow the 4 steps below and answer the question “where do I enter a coupon on TopShop”.

Where Do I Enter a Coupon on TopShop?

On the product page, choose color or size and click ADD TO SHOPPING BAG. For the sake of this tutorial, we’ve added Marlene Mid Heel Boots to our shopping bag. 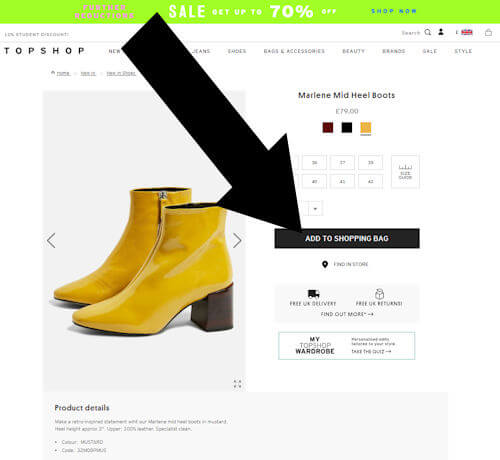 A drop-down box will appear in the top right corner. This displays the items in your shopping bag (cart). If you are ready to purchase, click CHECKOUT. 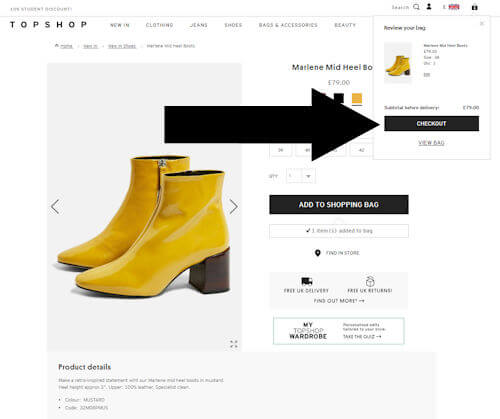